The story of Fabric Care Cleaners starts with an immigrant’s American Dream.

Peter Prionas came to the United States from Greece when he was 27 years old, inspired by pictures he saw of American opportunity and the stories he heard from his uncle.

On a trip back to Greece, Peter met his wife Kiki. It was love at first sight. The two met on January 1st, 1961, and were married February 5th. Their whirlwind romance brought them back to New York May 10th, and by May 12th, they moved into their new home they still share today on the west side of Indianapolis.

Shortly after settling into their new home, the newlyweds partnered with a friend to open a laundromat. Peter and Kiki later decided to start their own business and Peter put his handyman skills to the test, building the main Fabric Care Cleaners location that still exists on west Morris Street with his own hands.

The couple shared with us that running a business isn’t easy. The two worked 16- hour days to build and expand Fabric Care Cleaners to multiple locations across Indianapolis. In fact, Kiki even used to have a playpen set up for her daughter Cristina and son Tom right next to the counter.

Through it all, Kiki has always been Peter’s right-hand woman. They say, “Even if we were broke, we were never poor. Our success has been a blessing from God, and we are grateful for our business and customers.”

Their business secret? They ‘never said no to a customer, and whatever was needed, they made it possible.’ Treating people right, and always keeping the customer’s needs first, was a motto that started when Fabric Care Cleaners first opened their doors and still remains today as their son, Tom Prionas, now leads the business and daughter Cristina works within.

Indianapolis has changed over the last 50+ years since Fabric Care Cleaners opened its doors. The downtown Sears where the Prionas’ bought their first refrigerator has long been closed, and L.S. Ayers, no longer in existence, does not have the elaborate Christmas window displays that drew the family downtown every holiday season.

The city’s circumference has expanded time and time again with each new jolt of growth. And where once homes didn’t even have washers and dryers, dress codes professional attire, styles and the ever-changing fashion industry continue to change the landscape of their business.

However, nearly 60 years later, the standards and values of Fabric Care Cleaners remain the same and it’s an even larger family affair. You can find Kiki behind the counter greeting customers that have become very close friends after decades of knowing each other. And, every once in a while, Tom is reminded by a customer that they “knew him when” from the days of the family playpen by the counter.

Helping Teens Get Ready for the Prom 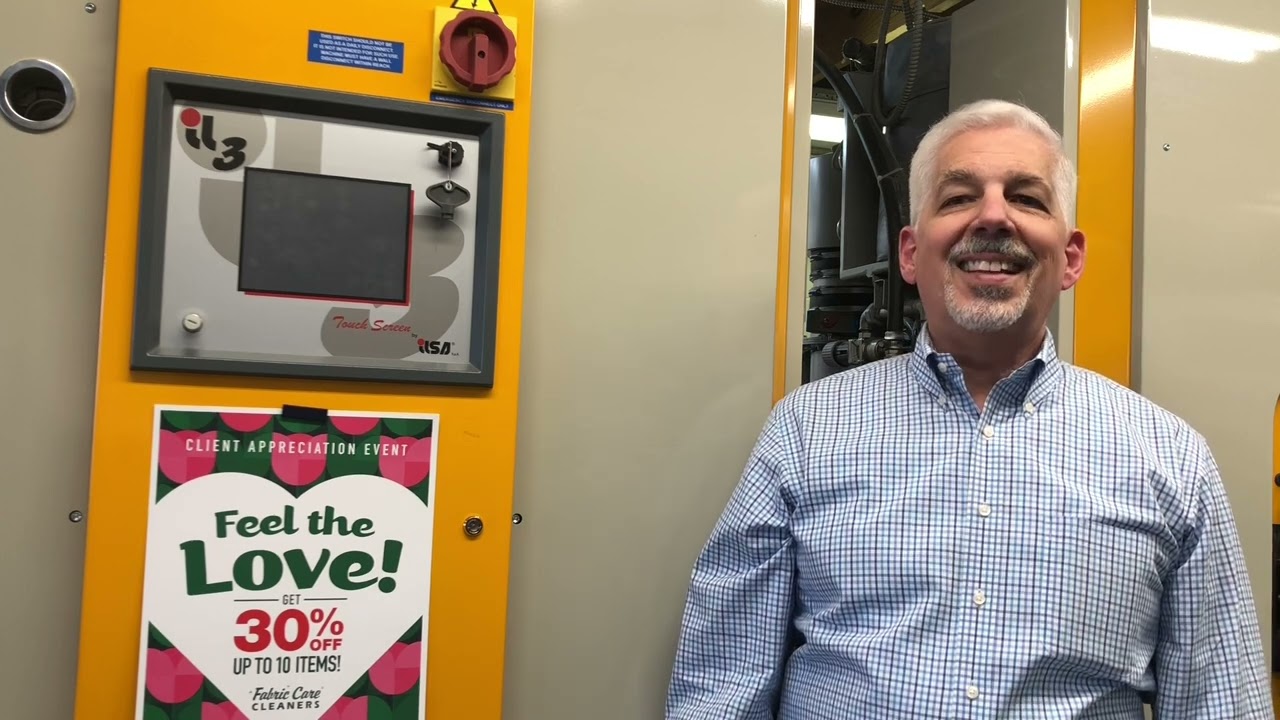